Dabhoi was established in the early 6th century AD. Its foundation and fortification is ascribed to the great King of Gujarat, Siddhraj Jaisinh (1093-1143 AD), who made this his frontier fortress. The architectural style and the exquisite stone carving and iconography on the fort walls and gates suggests that it was conceived and constructed in the same period as Rudra Mahalaya and Zinzuwada Fort. It is mentioned as an important city in the Jain inscriptions of Girnar (VS 1288). It came under the control of Muslim rulers in 1300 AD after the fall of Patan. The fort of Dabhoi is one of the rare surviving examples of Hindu military architecture, based on the shastri traditions described in various Vaastu scriptures. The famous battle of Dabhoi was fought on 1 April 1731 between Sarsenapati Trimbakrao Dabhade and Bajirao Peshwa. There are four gates in the town, one in each cardinal direction, having indirect entry, located in the middle of each side of the fort wall. It was altered during the time of Visaldev and the Muslim rule. Hira Bhagol (named after the architect, Hiradhar), the most exquisitely carved gate, is in the east, with Vadodara Gate in the west, Champaner Gate in the north and Nandod Gate in the south. Dabhoi has many Jain and Hindu temples, devoted to different gods and goddesses. Dabhoi is the place where the great Gujarati poet, Dayaram, composer of many Garbis (devotional songs) and a devotee of Ranchhodraiji of Dakor took his last breath. Many Jain scholars also stayed here in the past and enriched the Jain Granth Bhandar, which has a collection of ancient Jain manuscripts. 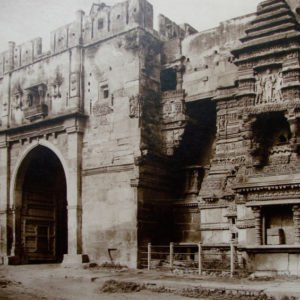 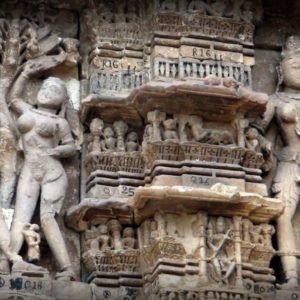 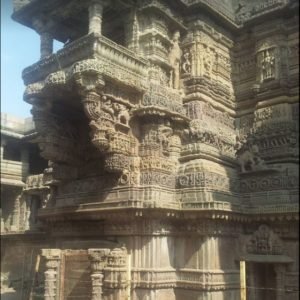 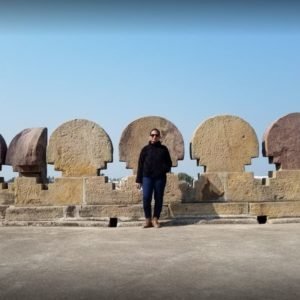 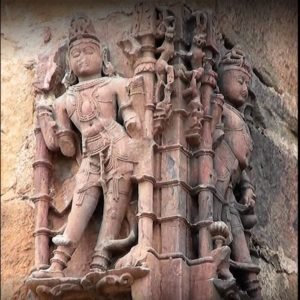