The Aurobindo Ashram, also known as Arvind Ashram or Auro Nivas, is the ashram that was the dwelling place of Aurobindo Ghosh during his stay in Baroda in the years 1894 to 1906. Located at Dandia Bazar in the city of Vadodara in Gujarat, this was the first ever ashram to gain immense popularity and respect in the southern areas of the state.   The Aurobindo Ashram, which contains 23 rooms in all, houses a library, a study room, and a sales emporium. Relics of Sri Aurobindo and all rare books that have been written by or about him can also be found here. The ashram is open to any and every person who is interested in meditation, spirituality or The Mother. The Mother, who was originally known as Mirra Alfassa, was a disciple and collaborator of Sri Aurobindo. Shri Aurobindo believed her to be the incarnation of Mother Divine and hence named her The Mother. The Arvind Ashram serves as a national memorial which was visited by many prominent personalities during those times. The peace prevailing in the meditation halls and the campus, in general, is appreciated by all visitors. 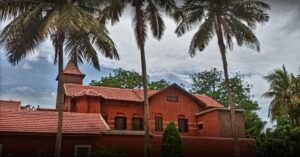 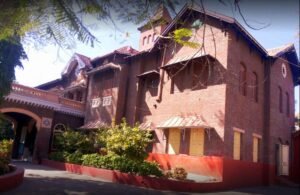