The Residence Of Bhau Tambekar

Tambekar Wada is located at Tambkear no Khancho, Raopura Area, Vadodara (Baroda). It is a three-storeyed building which is a typical Maratha Mansion, which was once the residence of Bhau Tambekar. Inside of Wada, there are some of the most beautiful but decaying 19th Century murals. The Building is almost 140+ Years Old. Tambekar Wada is a spacious, four-storey building that has been constructed in an oblong fashion. It is originally the former residence of the Baroda State Diwan or Minister, Bhau Tambekar, who owned the responsibility of the administration of the state. The walls, doors and ceilings on the first and second floors of this old fashion building are adorned with the best specimens of mural paintings dating back to 17th and 18th centuries. Other wall paintings dating back to the first half of the 19th century represent epic scenes depicting the life of the people. The paintings are in poly-chrome and are of Maratha style of paintings of 19th century A.D. They are the best specimen of mural paintings in Gujarat. Most of the paintings have been restored by the Archaeological Survey of India. The ASI still attend to the chemical treatments of these paintings on a frequent basis. There are Paintings of Lord Krishna in childhood breaking Pot, Lord Krishna doing Raas with Gopi’s, Lord Ganesha in childhood etc. Also it has British-Maratha Fight Paintings. According to Archeaological Survey of India (ASI), paintings in Tambekar Wada are made during Year 1874. There are ~300 Paintings in Wada from 1st to 3rd floor. The Paintings are not only painted at wall, but also it is painted on door frames. Also there is nice design of Jali’s and wood carving. The backside of the building is in dilapidated condition. ASI & VMC plans to repair it. 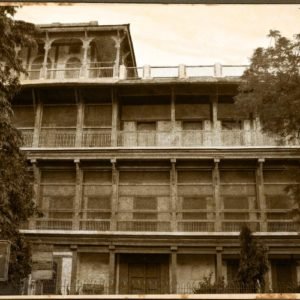 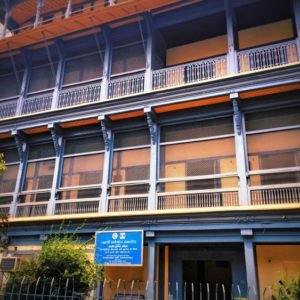 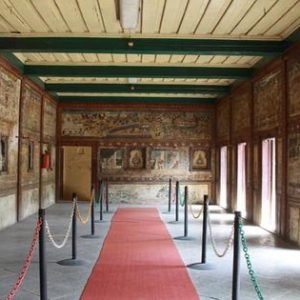 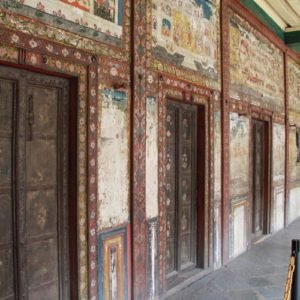 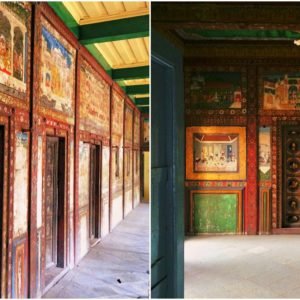